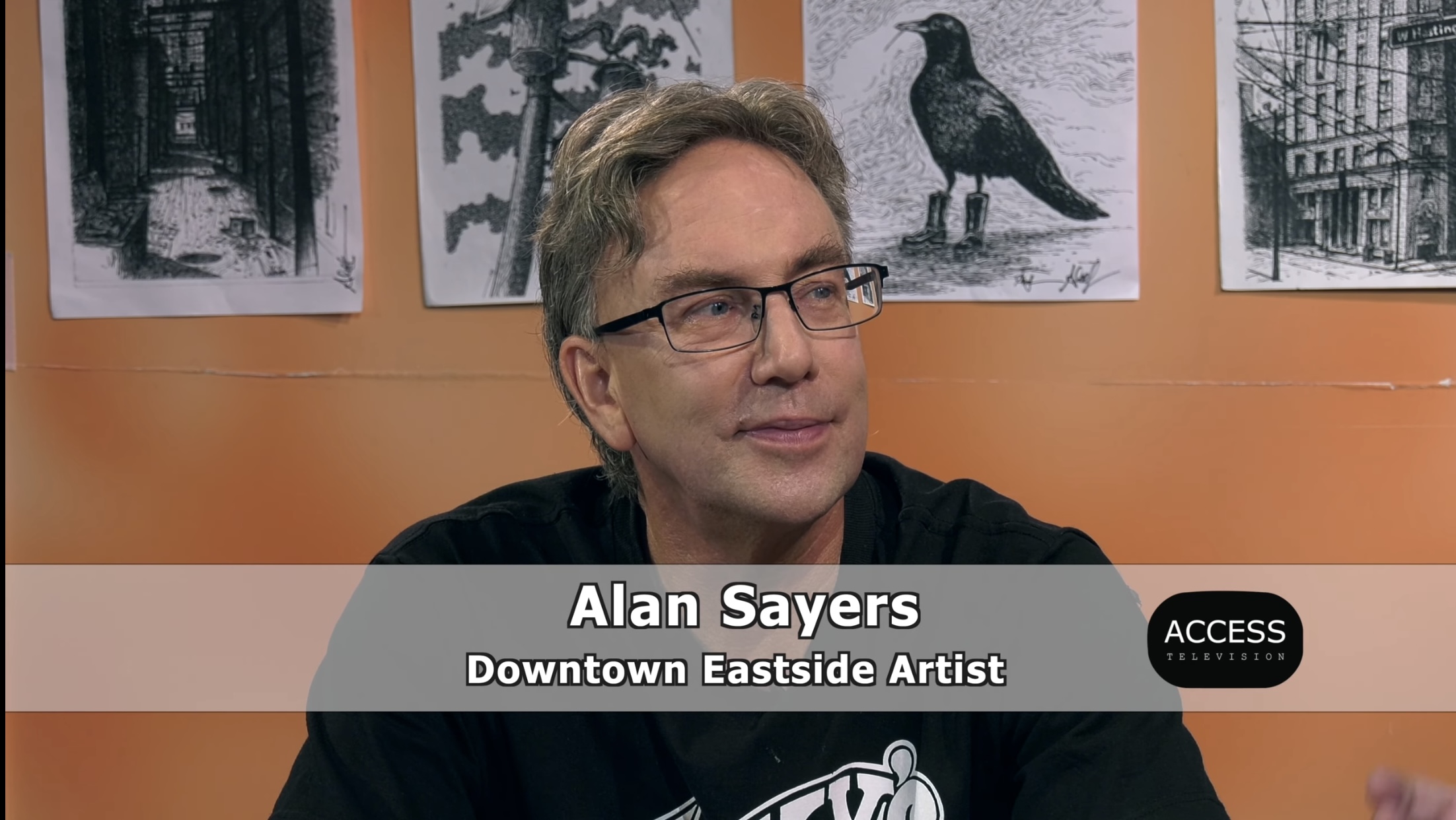 You may not know his name, but if you are Vancouver resident or a regular follower of this magazine — you’ve seen his work.

Known for his “rockstar” portraits and evocative renderings of the architecture and individuals of Vancouver’s core communities, Sayers and his portfolio were a constant presence at events and demonstrations.

Now, Sayers is counted amongst the legions left dead —  nearly 5 people per day in British Columbia — by the Opioid Crisis, another casualty in the continuation of a failed policy known as the International Drug War.

Sayers, a born Vancouverite and resident of Chinatown, had made his living as a designer and art director when he decided to remove himself from the dilutions of the art for profit world and dedicate himself to painting his neighbors  — and his neighborhood — full-time.

“The last twelve years of my life have been very interesting and creative — monetarily challenging but creative.” Sayers said in a 2018 interview with Access Television (featured above). 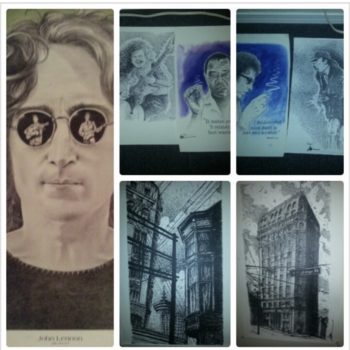 His choice of perspective was atypical, painting the alleyways and shady back entries of iconic buildings, rather than the street view. Sayers painted his architectural studies most often in black and white, absent of people and from a high perspective. “Everybody down here has their head down and I want people to look up,” he said. “Who draws the back of the Dominion Building? I mean why would you? It has its place and its place in society.” 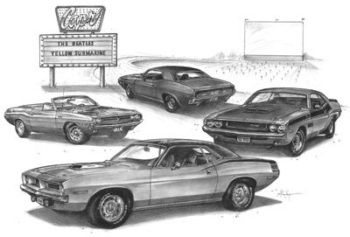 Sayers portraiture featured several members of Vancouver’s Cannabis Activist community, as well as other prominent voices in the fight against prohibition.

Jodie Emery, a prominent guiding star of the movement and the CEO of Cannabis Culture, herself immortalized by Sayers pencil, had this to say, “Very stunned and saddened by this news…his artwork adorns our building and we will ensure his memory is remembered.”

As an illustrator, Sayers said he drew everything. “from famous people, to some guy, to rockstars.” And the list goes on. Sayers worked constantly — and showed his work constantly. On the bus, on the sky train, in parks – to large groups or just one person. “I carry my prints just for, mad money. To stay alive in this world. But other than that I am happy being here.”

Sayers was a joyful, creative figure in the community, his presence will be missed and his artwork will live on.